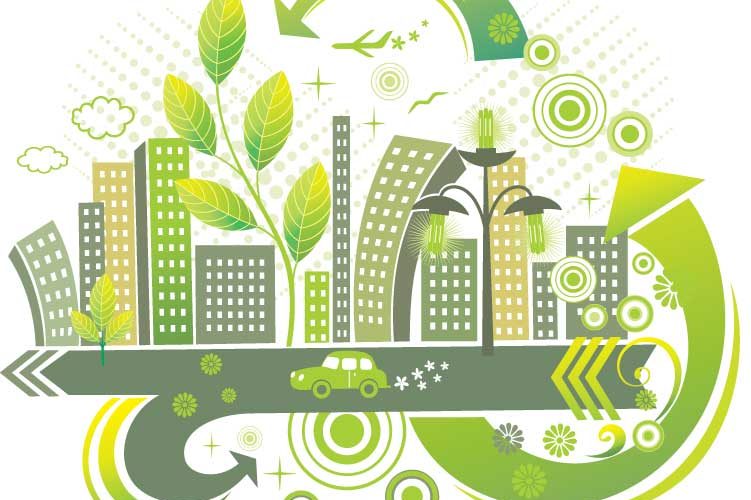 Environmentalist Jay Risbridger assesses how the Lockdown has brought a greener environment within clearer view, and how cities need to think about their future spaces to protect our world effectively

In the UK, we have already seen a huge leap in air quality since Lockdown with measurements of toxic small particulate matter down by as much as 50 per cent in major cities. This effect has been seen across the world as Covid-19 has put the mechanics of global industry on pause.

I did not think I would ever see such a shift towards a green society in my lifetime, as has suddenly happened during this Lockdown. Up and down the country cars have disappeared from our roads and our consumer society has closed with our shops. Many environmental campaigners are calling for these changes to become permanent, especially as a link is emerging between areas of high air pollution that cause lung damage and high rates of virus deaths. Against this, there is an overwhelming desire to return to ‘normal’, and most campaigners think the environmental benefits of the Lockdown will be short lived. But the post-pandemic ‘new normal’ may be quite different, as some of the existing changes stick and behaviours change.

The shutdown has had a dramatic impact on high street shopping, which was already under pressure from internet retailers. A large part of the shift to online shopping will become permanent, and city centres will need to plan for less retail activity and less people physically travelling to the shops. This change will mainly effect the big high street chains, leaving more space for local independents offering unique products and services not available online.

Added to this is the trend for home-working, which has been greatly stimulated by the shutdown and may become a permanent feature of many people’s lives. Planners need to accept these changes and enable the movement to home-working and shopping, which will reduce travel and pollution. Local government must resist the pleas of businesses to save the high street by stimulating footfall and traffic. The high street needs to change more than ever in the light of social distance shopping and leisure activities. Now would be a great time to implement plans to remove traffic from our city and town centres and create bigger pedestrian areas, as they are already planning in Milan. Less shops and offices in urban centres and more residential developments will also reduce commuting journeys.

On a global scale, as locally, travel is going to become more difficult and expensive, which will in turn reduce pollution and the release of planet warming gases. The drop in demand for, and the price of fossil fuels is making the exploitation of new reserves uneconomical – indeed shale oil production in the UK looks like it will never resume as it has become too expensive.

A big change in the economy has happened with governments around the world seeking to prop up their companies by providing trillions of dollars in state funding and support. There is little difference now between Chinese social capitalism and the state supported businesses of Europe and America. As in China, governments in the west can make strategic decisions about which businesses to support. A guiding principle for this support should concern the environmental damage and climate change caused by a particular business or industry. The bailing out of airlines, cruise ships and oil companies will be politically difficult for governments who have declared a climate emergency, and funds could be restricted to companies who are able to improve their environmental performance.

Finally, once we are out of Lockdown there will be a massive change in what is required to deal with a climate emergency. The previous position – that dealing with climate change effectively would be too expensive and would disrupt the world economy – has been completely exploded. If we can shut down the global economy and spend billions of dollars fighting a virus, then we can do the same to fight climate change, which by all scientific estimates will kill many more people and cause much wider economic damage than the virus we are dealing with now.