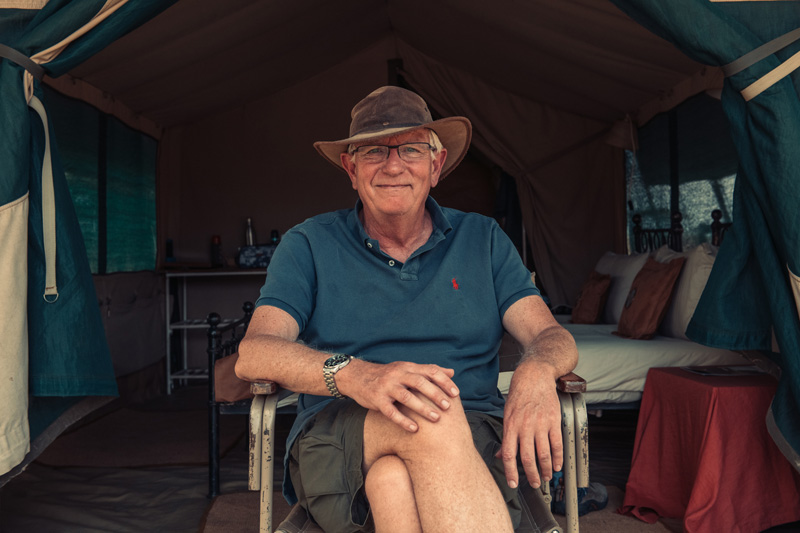 The Earthshot Prize: a global mission

Silverback Films is producing a series documenting the Earthshot Prize’s quest to save our natural world. Millie Bruce-Watt caught up with co-founder Keith Scholey, whose stark but optimistic message fills us with hope in the face of the new decade

In October, Prince William and The Royal Foundation launched the Earthshot Prize – the most prestigious environment prize in history – with the aim of improving life for us all, now and in the future. It is centred around five main goals, or ‘Earthshots’: protect and restore nature, clean our air, revive our oceans, build a waste-free world and fix our climate. Inspired by President Kennedy’s ‘Moonshot’ speech, which united millions of people around the dream of “landing a man on the moon”, the Earthshot Prize is designed to incentivise change.

The goals are simple but ambitious and, if achieved by 2030, will see us living in a radically healthier environment. Every year for the next 10 years, five winners – one per Earthshot aim – will receive £1 million, a global platform and a prominent profile, all with the hope that their environmental solutions will lead to mass adoption and replication. The initiative not only recognises the connection between the world’s most pressing challenges but also the urgent need to tackle them.

To support the launch, Silverback Films – the brains behind Sir David Attenborough’s latest documentary, David Attenborough: A Life on our Planet – was commissioned by the BBC to make a landmark TV series about the Earthshot goals. The series will be delivered ahead of the first annual award ceremony in October 2021. Silverback’s co-founder Keith Scholey knows better than most just how crucial it is that we find solutions to our environmental crisis in the next decade, having witnessed first-hand its heart-breaking effects.

“We’re extremely honoured and excited to be doing this series,” Keith tells me. “The prize is aspirational – it’s saying, ‘Yes, we can fix these things’. That’s the bit that’s often missing from a lot of the gloom and doom around the environmental crisis. There is a way out but we haven’t got long. What we’re going to be trying to do in the series is explain why each of these issues is so huge and why it is very urgent that we fix them.

“We are probably the most important generation of humans that have ever lived on this planet. What we do in the next two decades will not just affect a decade to come, not 100 years to come, but probably 10,000 years to come. The whole idea of the Earthshot Prize is about doing something spectacular in the 10-year period.”

Keith makes it clear that we are tackling a communication crisis just as much as an environmental one. Although the science is clear-cut, the world’s population is struggling to understand the fragile state of our natural world. “We have to trust the science. The scientists know exactly what is going on with a huge level of detail. I’m immersed in it and I see it – it’s scary. David Attenborough interviewed Greta Thunberg the other day and he asked a question that I always get asked: ‘What should I, as an individual, do?’ Greta’s response was really interesting. She said; ‘the first thing you must do is immerse yourself in understanding the nature of the environmental crisis because, once you understand it, everything else follows.’ That’s right – you’ll tell your friends about it. You’ll do something about it and it is down to people like me to help as many people as possible to understand it.”

In Silverback Films’ most recent production, we saw David Attenborough step away from the role of observer to one of environmental activist, outlining the issues and pleading that we take action. “David was born into pretty much a pristine planet. He’s now 94 and at a point where the planet has been so destabilised that the whole thing is out of balance. That all happened in his lifetime, in less than a century, which is just terrifying in its own right.”

Keith’s long and illustrious career as a filmmaker has seen him travel to all corners of the globe, witnessing the devastating effects that climate change is continuing to have on ecosystems and habitats. As a keen diver, Keith has spent many hours filming underwater, capturing the raw beauty of the coral reefs. According to the National Oceanic and Atmospheric Association, between 2014 and 2017, around 75% of the world’s tropical coral reefs experienced heat-stress severe enough to trigger bleaching. For 30% of the world’s reefs, that heat stress was enough to kill them.

“One of the things that really struck me was the demise of the coral reefs. They are beyond belief; this whole array of millions of creatures coming together in this beautiful habitat. These have been around for 200 million years; they survived the last extinction that wiped out the dinosaurs. In one human lifetime, the full lot could disappear and that is a shattering thought but it is actually happening. Half of the Great Barrier Reef has now been bleached and has been lost forever. Any coral reef scientist will say that, in 40 years, coral reefs will be gone just because they can’t cope with the speed that we’re changing the ocean temperature.”

While filming around the world, film crews often witness nature’s cruel sting. They capture the trials and tribulations of the hunters and the hunted and document the unforgiving, unyielding conditions that the young and vulnerable must battle to survive. More recently, wildlife documentaries have exposed the devastation that humans have wreaked on the natural world. Plastic pollution, deforestation, the ivory trade, trophy hunting, and wildlife tourism, and the direct effects of climate change, have all contributed to the disappearance of species.

Keith recalls one particular moment a film crew, with his son among the witnesses, watched on helplessly as pacific walruses suffered fatal injuries as a direct consequence of our warmer waters. “We had a film crew which went to shoot walrus in Russia. They filmed one beach with 100,000 pacific walrus lying on it – the whole population of pacific walrus is about 130,000, so most of one species was there. They are there because the ice is gone. They normally rest on the ice and feed from below. This beach is a tragic place. The walrus crawl up the cliffs and fall to their deaths. It was absolutely shattering for the crew; if you want to see natural climate refugees, go to the arctic in Russia. I found this and the bleaching of the coral reefs two of the most distressing and shocking scenes.

“People say ‘climates always change’ and they have, but the only time they haven’t changed is in the last 10,000 years. The earth’s climate has not varied plus or minus one degree in the last 10,000 years. It’s interesting because, before that, we were going in and out of ice ages. They say Homo sapiens have been around for about 200,000 years and for 95% of our history we were hunter-gatherers in small bands. Then, in 10,000 years we invented agriculture and put a man on the moon. What is it that allowed that? This Holocene period of stable climate. So we, our civilisation, our society, everything is geared around a stable climate. We have no experience of running an agricultural economy outside the Holocene. So suddenly banging the temperature through the roof in one century, our society isn’t going to work. Human society is addicted to the stability of earth. When it gets too hot here, the trains have to go slower because the railways bend – the railways were built for the Holocene when it never got that hot. Of all the creatures on this earth that need stability, it’s us.”

The search for the first five winners of the Earthshot Prize began on 1 November and nominators have been selected for their ability to identify the most impactful solutions across all countries and sectors, from grassroots to businesses. CEO of the Royal Foundation, Jason Knauf, told those at the launch that the nominators are “an unprecedented coalition of NGOs, academics and leaders who will be looking for inspiring innovators at all levels of society – from local communities through to the biggest players in the global economy.”

Keith hopes the prize will bring forward solutions that we can all incorporate into our daily lives, making small changes on a global scale that will have a positive effect on all of our futures. “Nations can meet and agree to stop subsidising fishing fleets in the open ocean, which is one way of solving something but, on the other hand, people changing their diets will have an effect. From the individual to businesses to governments, there is innovation and change. I hope the Earthshot Prize is going to be a mixture of those things and that some of the solutions they come up with will be incredibly personal, that all of us will engage with.”

What is going on in the Great Barrier Reef is the direct impact of industrial sites’ carbon emissions thousands of miles away. The environmental crisis does not discriminate and it will take a global effort to repair our planet. “We are all joined together by this crisis,” says Keith. “The Royal Foundation has been really concentrating on making the representation completely international and that’s going to be really exciting. We don’t know who the runners and riders are going to be yet but I know the judges have got a very open mind to what could be viewed as a winner. Who knows what it could be! These people will end up being the heroes of our time.”

Keith’s message is focused on the urgency of action but it is also full of optimism and anticipation. The prize endeavours to inspire the world to effect change in the hope of our children and grandchildren living on a healthier planet. “There is absolutely no doubt in my mind that the next 10 years are the most important years in the history of mankind,” says Keith. “That sounds crazy but the science all points to the fact that the people living in the next 10 years are the most important people to have ever lived. What happens in that period is going to be the most important thing that mankind does. By 2030, I hope we’re looking at a very different world and a very different outlook. We can change the world, we are inspired by it and it’s an aspirational thing to do.”